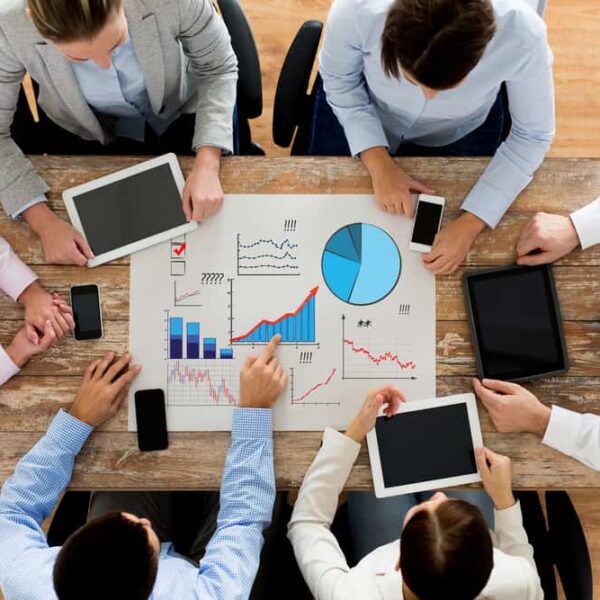 Lloyd Christmas: “What do you think the chances are [of us] ending up together?”

Lloyd: “You mean not good like one out of a hundred?”

Mary: “I’d say more like one out of a million.”

Lloyd: “So you’re telling me there’s a chance. Yeah!”

Sound familiar? You probably recognize these classic lines from the movie Dumb and Dumber, starring Jim Carrey as Lloyd Christmas, the eternal optimist. I’m not saying all requests for proposals (RFPs) are like this, but it sure does feel like it sometimes. Let me go over a few of my beliefs about RFPs:

I know plenty of people who simply don’t respond to RFPs and still have success. So why do people feel the need to respond to RFPs? I frequently hear, “So and so won a huge deal from an RFP,” but often find these examples are victories that were one, two, or even three years back.

So You’re Telling Me There’s a Chance!

I suspect one of the reasons many salespeople and companies respond to RFPs is the confusion between activity and outcome. The activity involved with responding to the RFP keeps everyone busy. The “chance” of a win keeps everyone focused and energized.

We might be surprised if we actually did the math.

I gathered the following research after looking at one company’s RFP responses over a two-year period:

These two wins, however, were only worth a total of $800,000 USD. The 8,400 hours (200 hours x 42 responses) spent to win $800K resulted in a combined hourly rate of $48 to prepare the entire proposal. I guarantee the staff who worked on the proposal cost the company more than $48 per hour between salary and overhead, and that doesn’t even account for the cost of goods in actually delivering on the $800K worth of projects. As a result of this research, the company realized responding to RFPs was costing them money. What business can really afford to do that?

How They Treated RFPs Going Forward:

Going forward, this company took a disciplined approach to pursuing RFPs, further defining the criteria that must be met prior to moving forward with an RFP response. With each RFP, they also determined if they could talk to the company soliciting the RFP to truly discover the business need they were trying to resolve. If the RFP process did not allow access to the decision makers and restricted overall contact, the RFP was a clear no-go.

Consider the Following When You Are Faced with Making a Go/No-Go Decision on an RFP:

After all, we cannot have our salespeople running around like Lloyd Christmas . . . yeah!

Consider a go decision if…Consider a no-go decision if…The request is clear and there is a defined decision processThe RFP appears it was written to meet many competing interestsTimeframes are realisticTimeframes demonstrate a lack of understanding of the work required by the vendor and/or clientYou have history and/or knowledge that this customer buys in this wayThere is a history of RFPs issued with no subsequent actionYour offering can be profitableYou need to make significant adjustments to intake, manufacturing, distribution, and/or customer supportYou have built credibility with the decision makers before the RFP was issuedIt appears this is clearly wired for a competitorYou have access to stakeholder(s)You discover something is missing in the RFP and have a solution that will help better achieve the customer’s objective